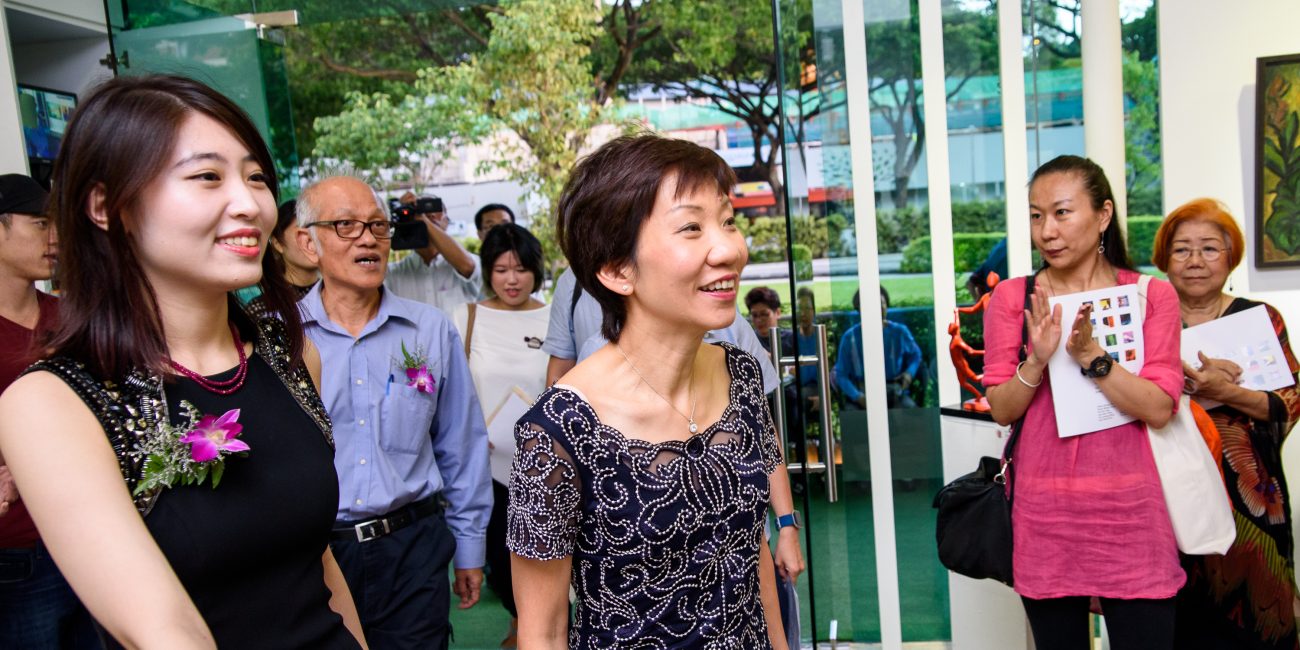 After the end of World War II, a new generation of homegrown artists emerged. Inspired by the previous generation of artists, yet freed from the shackles of tradition, they aspired to create art that was new and different. Their style was innovative, visionary, positive, and reflective of the changing times. Of particular note was the contribution of seven artists who met frequently to discuss the future of Singapore art. These artists were Ho Ho Ying, Wee Beng Chong, Tong Siang Eng, Tay Chee Toh, Tan Yee Hong, Goh Tuck Hai Johnda and Ng Yat Chuang.

In 1963, they collaborated on the first modern art exhibition held at the National Library, which was described in its foreword as “a colourful artistic world reflected by thousands and thousands of unique hearts”. These artists subsequently founded the Modern Art Society in 1964, whose mission was to reinterpret the nature of art by redefining the concepts of beauty through abstraction and freedom of expression. In the foreword to the first Modern Art Exhibition, it was notably stated that “modern artists have finally found the depth and breadth of the human soul, and make full use of the new forms of art to express new feelings and thinking”. This artistic philosophy heavily influenced the young modern artists of the 1960s to constantly transform and transcend the boundaries of art.

This exhibition, titled “Transcend”, pays homage to the works of twelve eminent second-generation Singapore artists. They are Chieu Shuey Fook , Choy Weng Yang, Ho Ho Ying, Leo Hee Tong, Lim Leong Seng, Low Puay Hua, Swee Khim Ann, Sim Pang Liang, Tan Ping Chiang, Tay Chee Toh, Thang Kiang How and Thomas Yeo. These featured artists were selected for their contributions to modern art in Singapore from the 60s to the 80s. They sought new forms of art as a response to their desire for expression and visual identity. These artists have continued their artistic endeavours to the present day and have influenced many younger generations of artists to explore and pursue their artistic visions.

Transcend traces the development of each artist by showcasing works from different periods of the artists’ career. Spanning a period of 50 years, we seek to gain insight into the stylistic progression and artistic growth of each artist. Transcend aims to capture the spirit of modern art in Singapore and its development over the past 50 years.