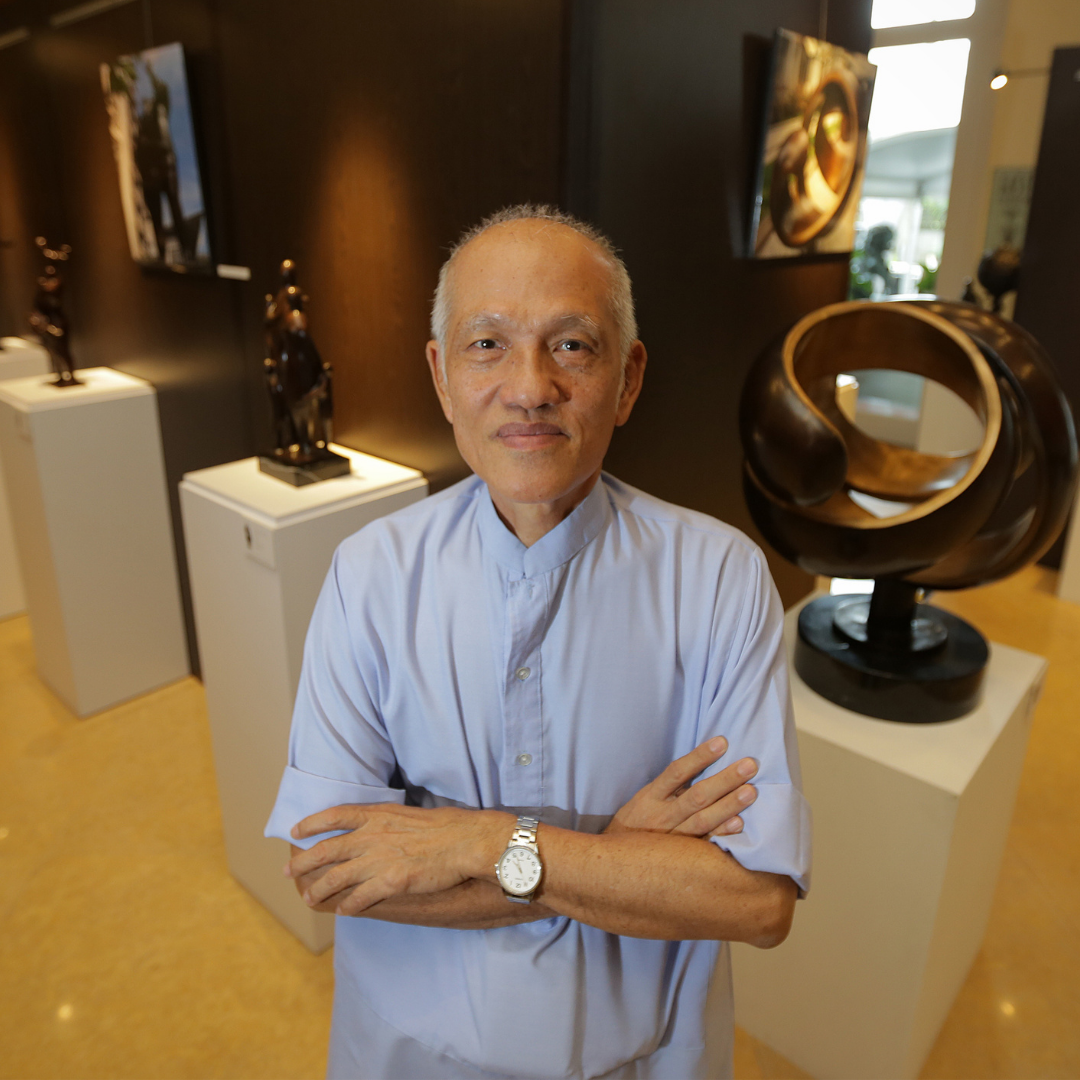 Lim Leong Seng grew up in the 1950s in a village at Island Club Road in Singapore. At the age of 18, under the guidance of Buddhist Master Venerable ‘Zhumo’, Leong Seng took up Buddhist studies and Chinese painting. He graduated from the Baharuddin Vocation Institute in 1971. A full-time sculptor based in Singapore since 1990, Leong Seng is equally known for his diverse range of painting styles.

Inspired by Singapore’s multi-racial culture, Leong Seng’s Peranakan theme work is an apt beginning for his foray into the “Singapore Multicultural” series. Titled “Grow Old Along with Me”, the depiction of a loving Peranakan couple of the 1900s illustrates the life-long companionship between man and wife throughout years of change.