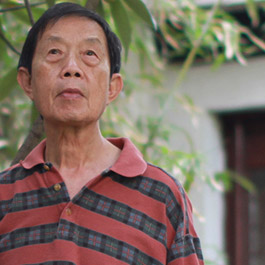 For the past decades, Tan has made a name for himself as one of Singapore’s foremost artists capturing fleeting images of nostalgic beauty. A second-generation artist, Tan received his early childhood art education in China. When he migrated to Singapore in the 50s, he studied under the tutelage of pioneer artists such as Cheong Soo Pieng, Georgette Chen, Liu Kang and Chen Wen-Hsi. After his graduation from the Nanyang Academy of Fine Arts in 1962, Tan continued painting and was a designer with McGraw-Hill Inc between 1963 and 1976, before becoming a full-time artist in 1976. He later graduated from the Beijing Central Academy of Fine Arts and went on study tours all over Europe, USA and China.

Tan specialises in oil painting, preferring to paint on the spot, tempered by his own responses and sensitivity to the subject. He believes that art must flow out of the artist’s personal experience and that the basis of his art must come from the visual phenomenon he has himself lived through. He has participated in many solo and group exhibitions, including ‘Footprints’ (Singapore, 1999), ‘One Man Art Exhibition’ (Taiwan, 1998), ‘Imagining the City’ (Singapore, 2007) and ‘Tsunami Art 2005 – Phuket’ (Thailand, 2005). For his achievements in visual arts, Tan has received numerous awards, including the Creative Visual Art Award 2005 from the Nanyang Academy of Fine Arts and the prestigious Cultural Medallion from the Singapore Government in 2006.