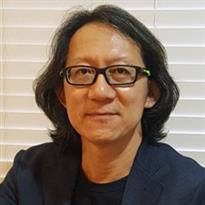 He was awarded the Freeman Foundation’s Asian Artist Fellowship Award for residency at the Vermont Studio Center in the United States in 2010/2011. He won the Juror’s Choice Award for the Philip Morris Singapore-ASEAN Art Award in 2003, and the Platinum Award for the UOB Painting of the Year Competition in 2009. He is featured in the Thames & Hudson publication 100 Painters of Tomorrow in 2014.

Boo Sze Yang works with unconventional subjects, such as domestic objects, depiction of transport crash-scenes and interiors of cathedrals and shopping malls. His works feature scenes as a metaphor for human conditions, such as his ongoing Mall series which is a study of space as a concept and a symbol. Through his eclectic brushworks and subdued colours, he creates an ambiance of light and space, inviting those who saw them to contemplate its meanings.