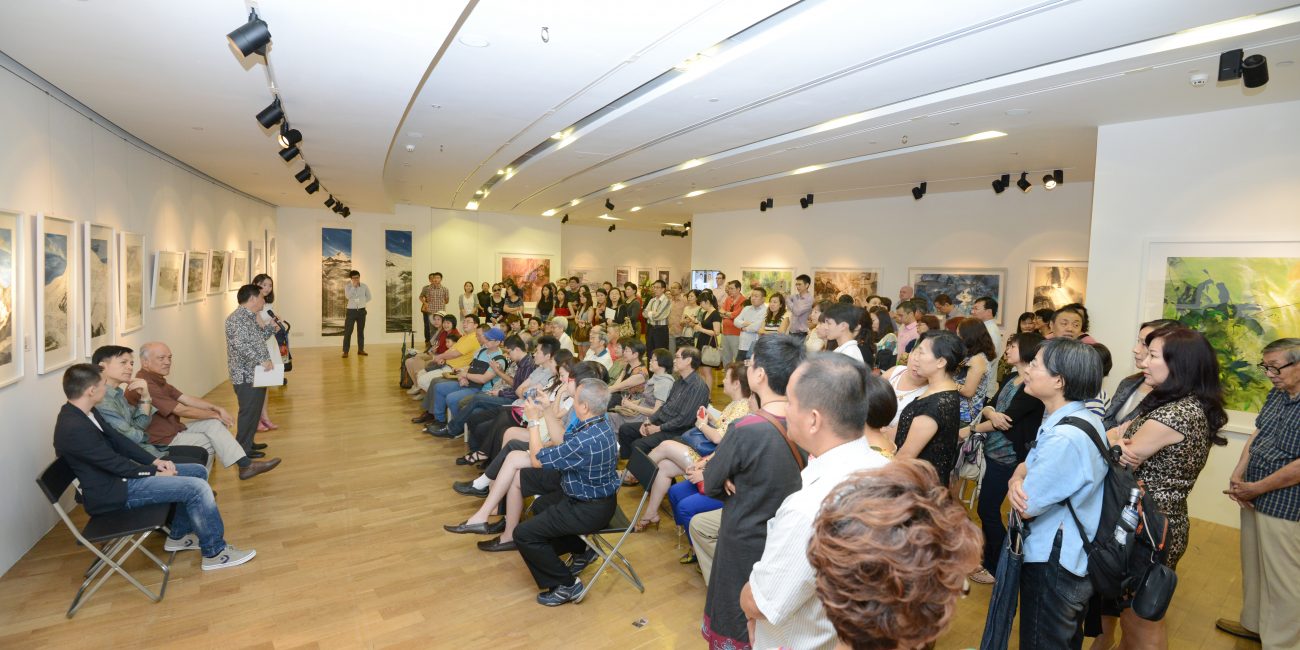 Asia Art Collective proudly presents Convergence, a showcase of works by six outstanding artists – Fan Chang Tien, Lim Leong Seng, Liu Guo, Fan Shao Hua, Gui Zhao Hai and Aaron Gan. Convergence is about the meeting of tradition and innovation, the past and the present, the canonical and the modern. These terms are by no means dichotomous, especially in the context of artistic practice. Building on past accomplishments, these artists have blazed new trails in invigorating the language of their traditions, and carving a niche for themselves among their contemporaries. 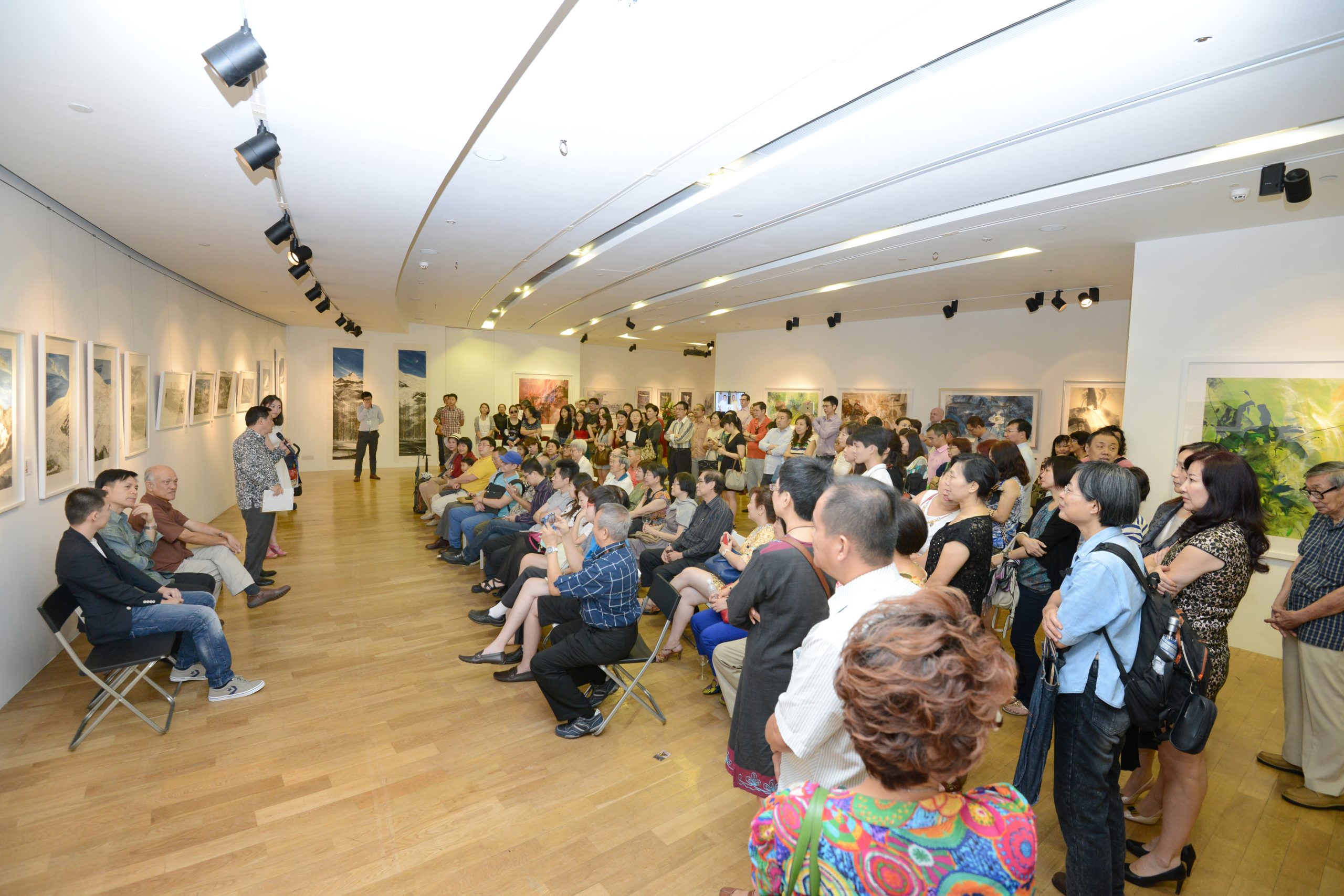 Fan Chang Tien (1907-1987) was one of the most important pioneer artists in Singapore. Like See Hiang To, he was a figure who significantly influenced a new generation of artists. Fan is a painter true to the literati tradition, who belonged to the lineage of the Shanghai School of painting which can be traced back to the renowned Wu Changshuo. Fan is especially renowned for his calligraphic paintings of bamboo, captured beautifully and expressively with deft strokes. The practice of xieyi painting, in no small part brought to Singapore by Fan, developed along diverse directions, as can be seen in the students whom Fan mentored – painters such as Chua Ek Kay, Chen Kezhan and Tan Oe Pang.

In the field of Singaporean sculpture and large-scale public installation art, Lim Leong Seng (b.1950) is one of the foremost in the field. Born in the 1950s, Lim grew up in a village and was influenced by the livelihood of the people under the early immigrant culture of Singapore. Many would be familiar with Lim’s large scale sculptures which have become part of the Singaporean landscape of buildings and monuments. Lim’s iconic public works include the Expression (1986) mural at Kallang Theatre, In Loving Memory of Ah Meng the Orang Utan (2007) at The Singapore Zoo, Mid-Autumn Lantern Procession (2001) at Telok Ayer Green and many others. Lim has a passion for the history and culture of the early migrant settlers in Singapore, and has produced many Nanyang themed works, preserving our collective history for many generations to come. 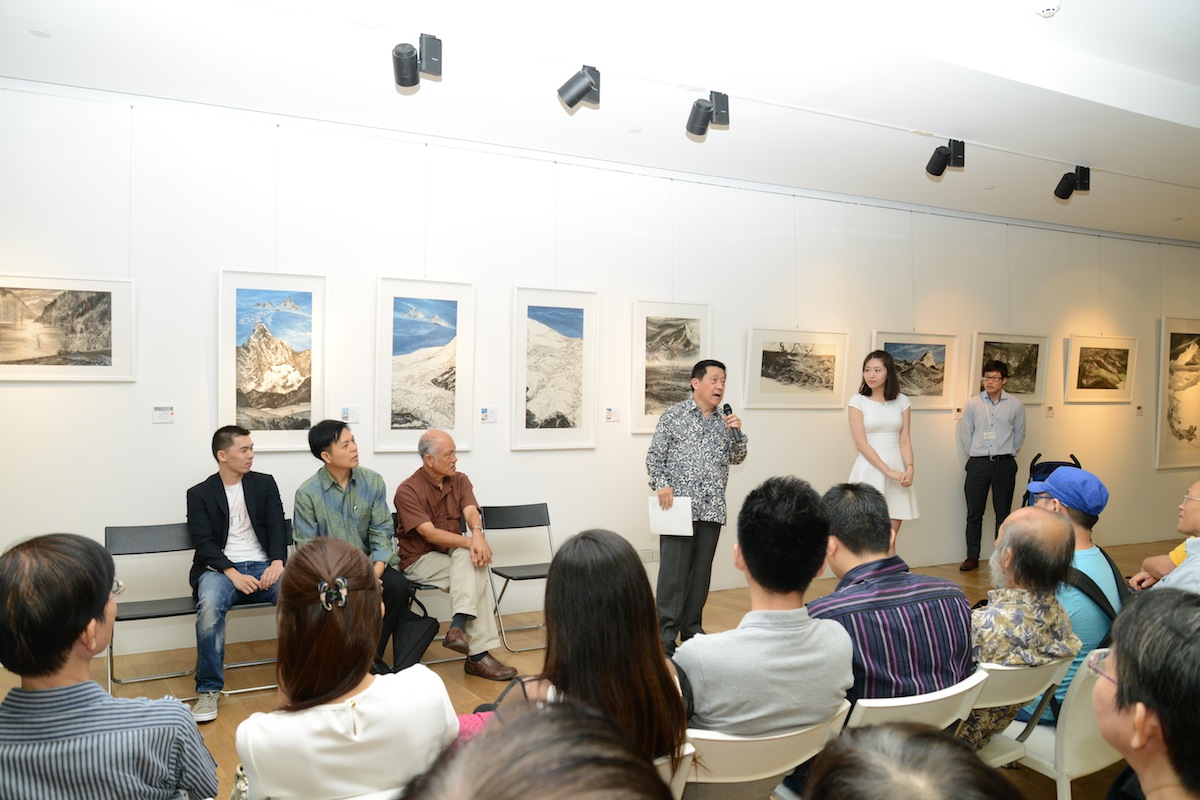 The 1980s to 1990s have seen many successful Chinese artists holding exhibitions in Singapore, including Wu Guanzhong and others. These exhibitions of Chinese art contributed to the development of art in Singapore, and gave a fresh perspective to the local arts scene. Liu Guo (b.1956) was one of the few artists who relocated to Singapore under the invitation of the National Arts Council in the 1990s. Liu is a master of Chinese landscape painting, and the mountainous region of Northeast China features heavily in his oeuvre. Liu’s practice emphasizes the direct and diligent study of nature, in order to distill its essence into a powerful work of art. The grand style and scale of his landscape painting is unprecedented, and is edifying to the general art public, as a display of how Chinese landscape art has progressed.

Rising above his contemporaries, Fan Shao Hua (b.1963) is one of the most influential contemporary painters in Singapore and China. Fan migrated to Singapore in 1990, and had achieved recognitions including the UOB Painting of the Year in 2000 and the Philip Morris Arts Prize in 2001. Fan was the only Singaporean artist invited to host a solo exhibition at Guangdong Museum of Art, China in 2007, and most recently in 2010, two solo exhibitions at the China Museum in Beijing, and in the Shanghai Museum. Debuting in Convergence is a new series of ink and mixed media on paper works developed from his highly acclaimed lotus series. 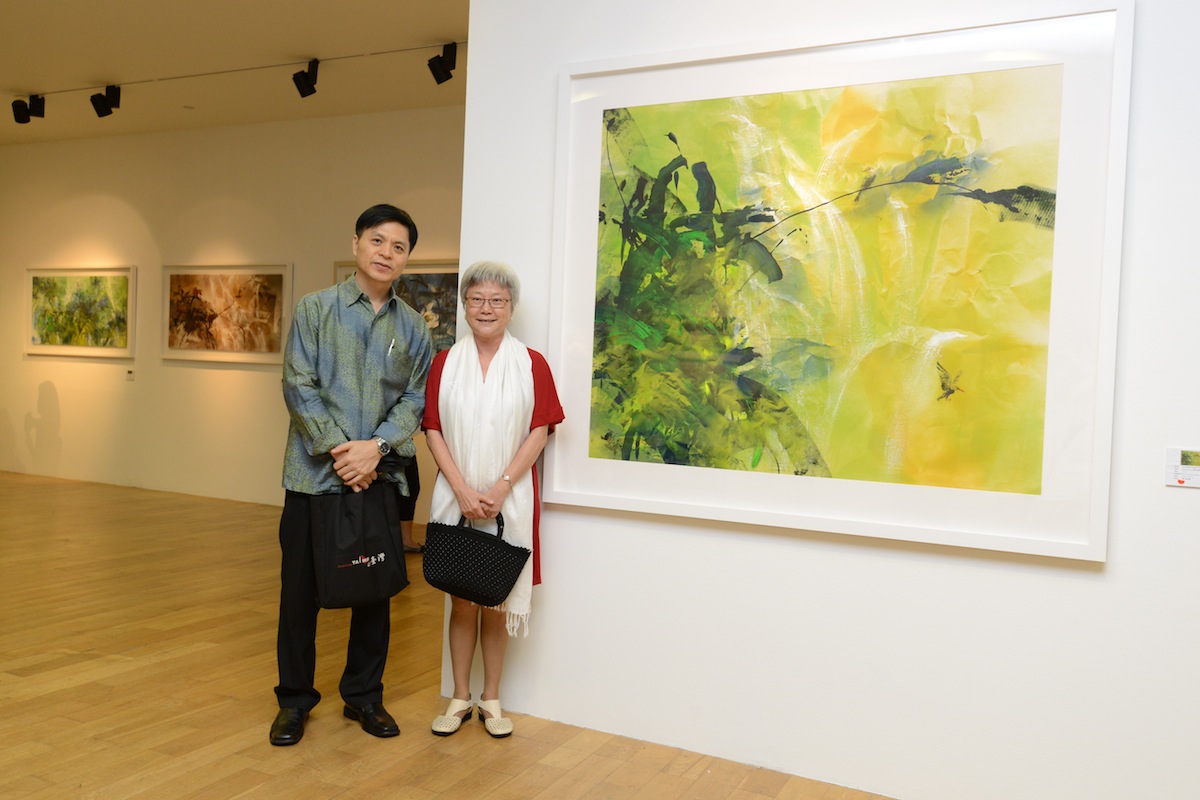 Like the Nanyang School painters who arrived in Singapore in the earlier part of the twentieth century, these artists will continue to inspire and influence the practice of art in Singapore well into the twenty-first century.

Gui Zhao Hai (b.1974) is a rising star of Chinese contemporary ink painting. Graduated from the Beijing Fine Art Academy in 2010, and the Central Academy of Fine Arts in 2012, Gui was mentored under the most influential Chinese ink artists of the 20th century, ink masters Li Xiaoke and Jia Youfu. Gui’s practice is rooted in the canonical tradition of Chinese painting, but more than that, he reinvents the way in which the landscape can be represented in ink – with bold, unconventional compositions with its balance of shadows and light. 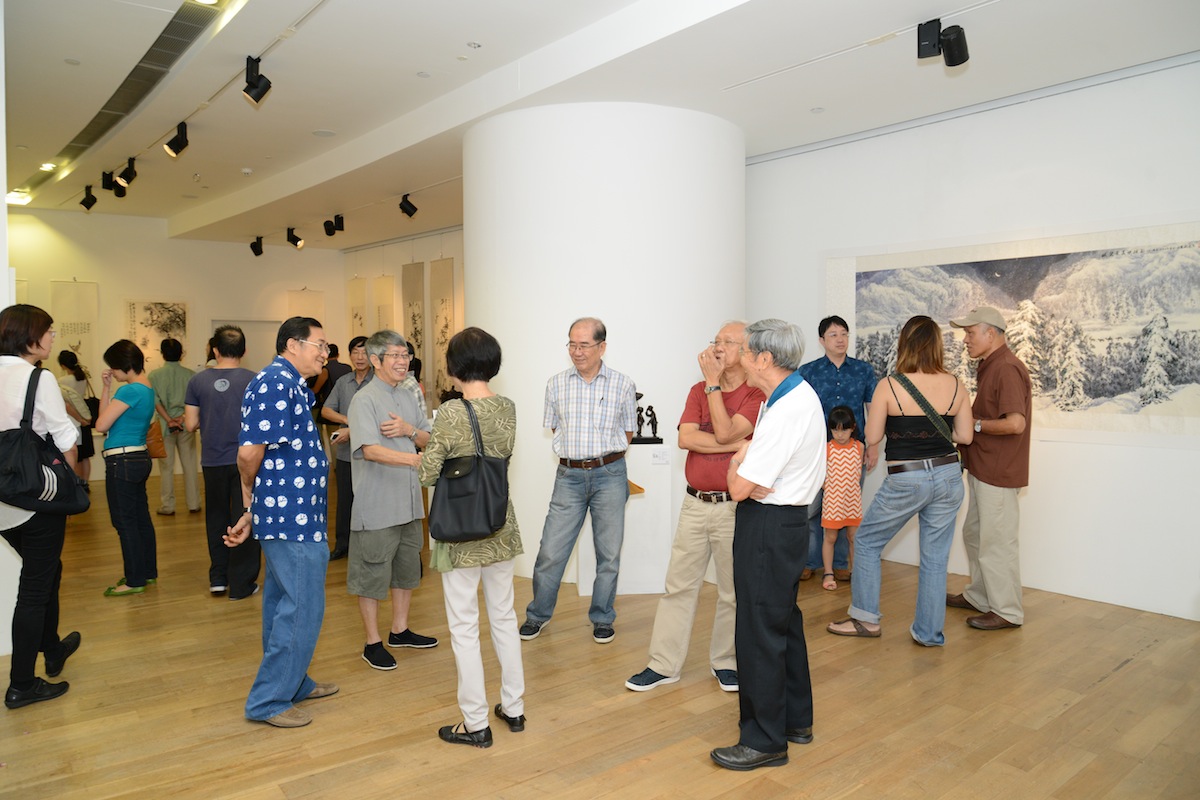 Aaron Gan (b.1979) is an outstanding, young watercolour artist, representative of a young generation of artists in Singapore. Gan breaks away from the conventional practice of watercolour painting in Singapore, by his choice of subject matter and his technique – influenced by Chinese philosophy and the composition of Chinese painting. Gan’s watercolour painting is carefree and vigorous, breathing spontaneity, life and imagination to familiar subjects and landscapes.

Every one of these artists were shaped by their encounter with the environment they were situated in, whether it be the tropics of Southeast Asia, the urban landscape of Singapore or the mountainous regions of China. In their practice, one can see the homage paid to their forebears; but yet, the propensity to innovate, build upon, and break new ground is ever present. We sincerely hope that the works in this exhibition will enlighten and delight the viewer, and in a final word, to show that the development of art necessarily depends upon a convergence between the old and the new, between tradition and modernity. 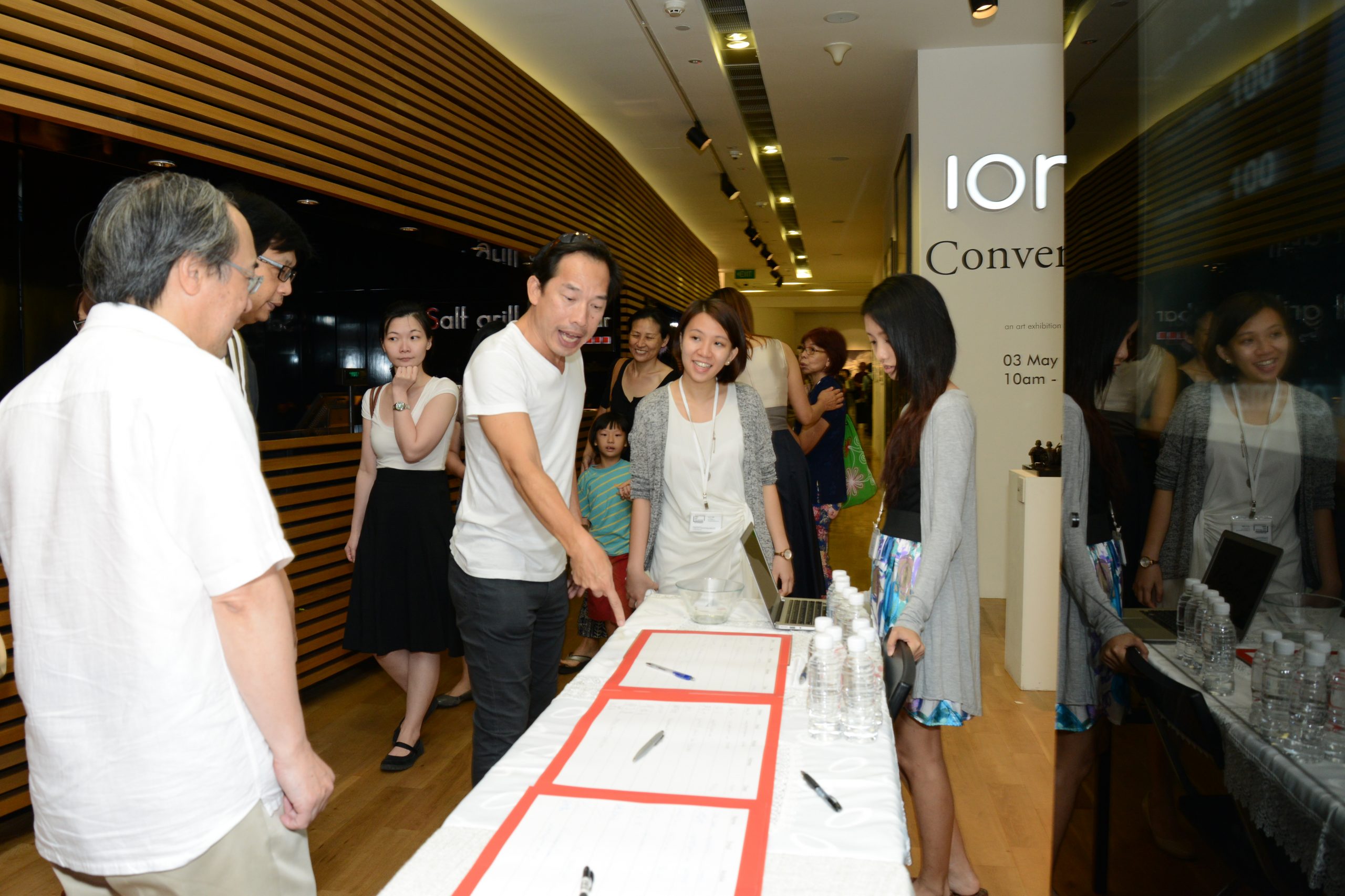 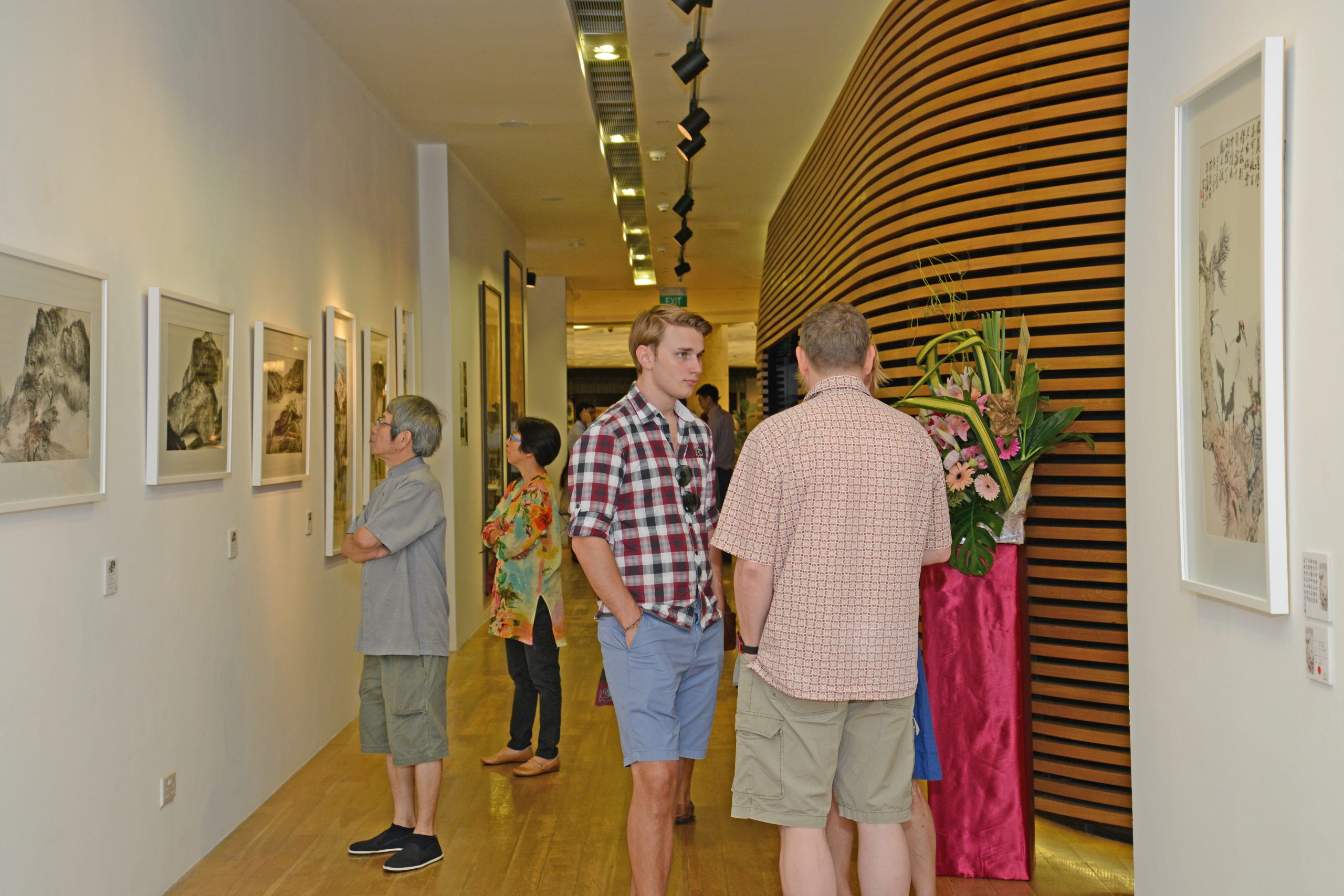 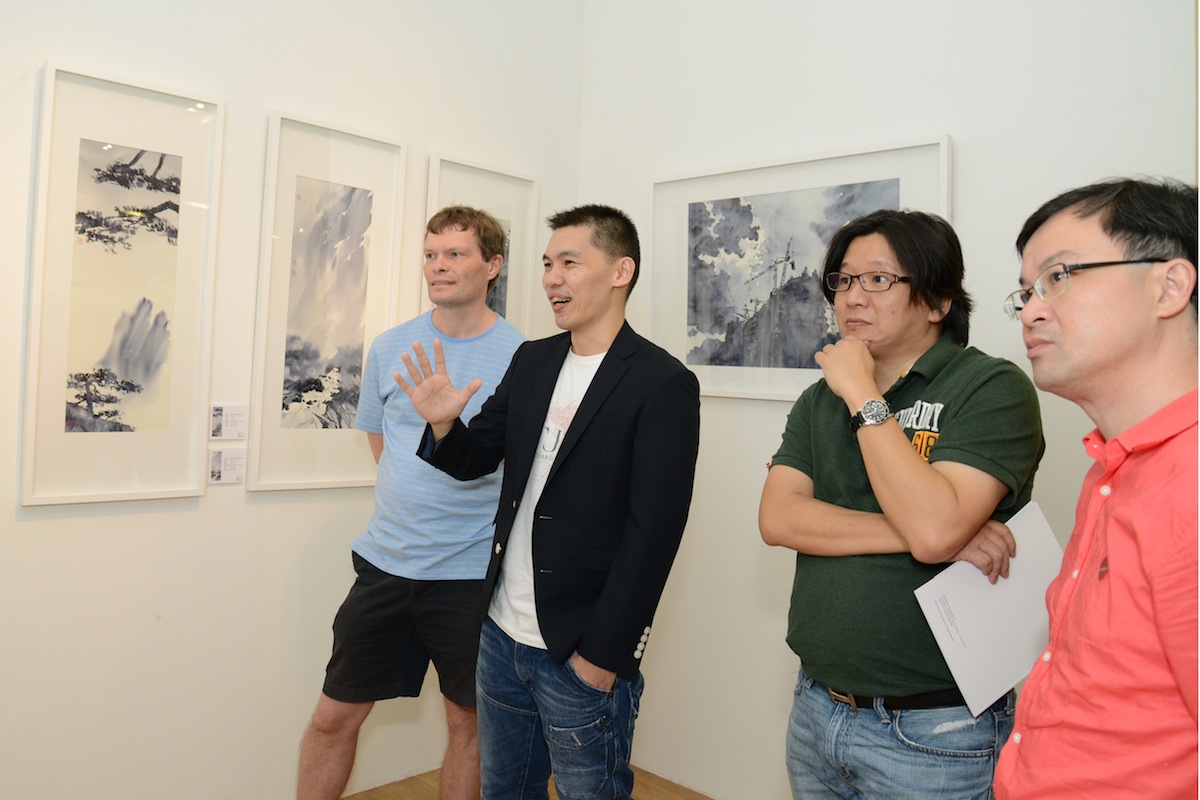 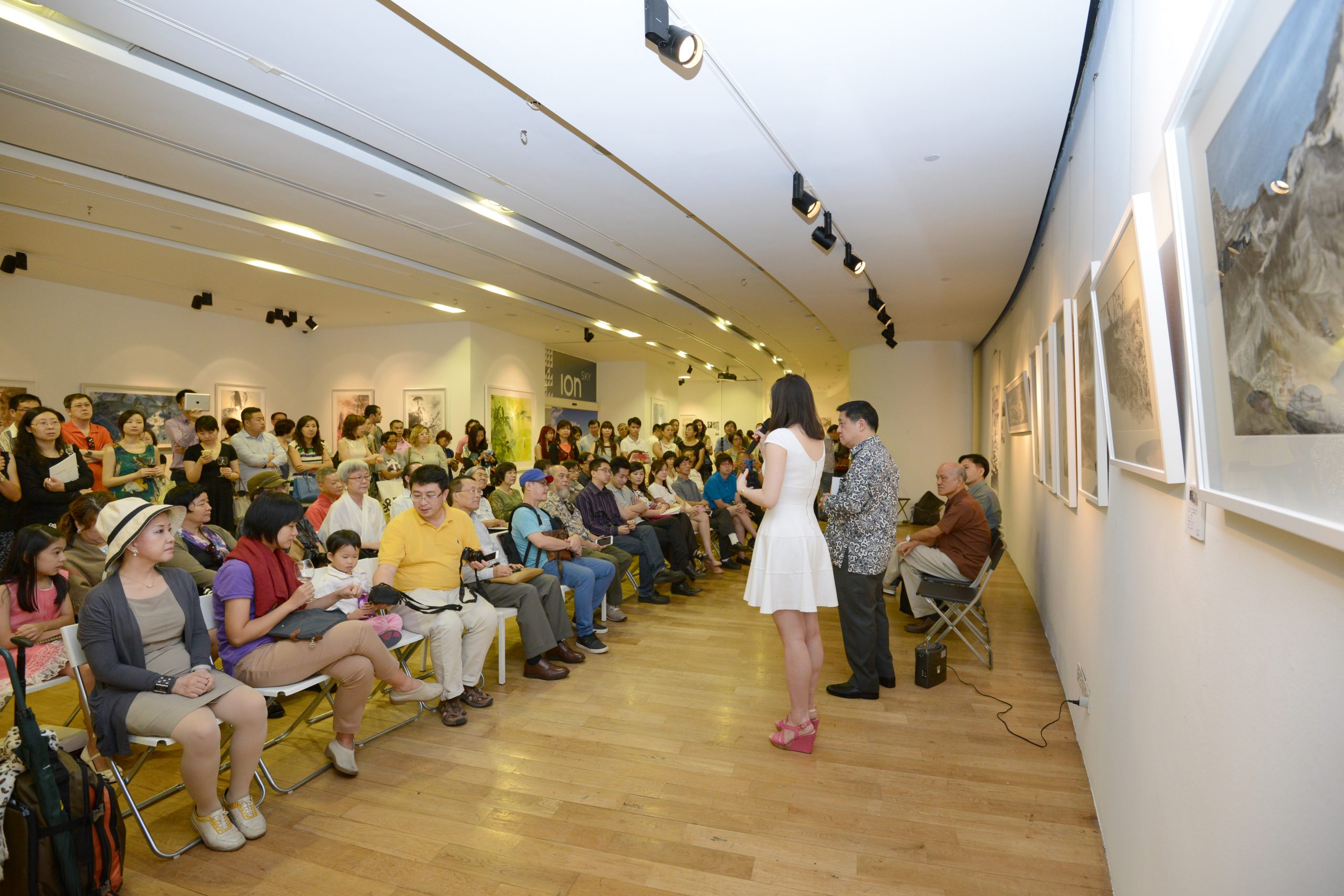