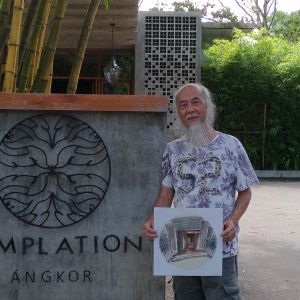 Low Puay Hua, a well-known local watercolourist who graduated from Nanyang Academy of Fine Arts in 1965 and also works in oil and Chinese ink, is a well-known local watercolourist.
He has several solo shows in his hometown, as well as a solo Watercolor Exhibition in Zhu Hai, China.
He took part in a number of group exhibitions in Malaysia, Indonesia, Thailand, Macau, Hong Kong, Vietnam, Taiwan, China, Japan, Korea, England, and France, among others.
His art has achieved acclaim through honors such as “Artist of the Year 2010” at the Teochew Artists Exhibition (2010), “Silver Medal at Salon Des Artistes, France (1986), and “National Day Art Exhibition Award” at the National Day Art Exhibition (1978).